Whether you are a seasoned developer or beginning your programming career, Angular development is something you need to learn and be proficient in. The front-end framework is incomplete without Angular.

No doubt, a wide variety of high-end technologies for web development are available in the market these days. But, market leaders and developers prefer the most trusted ones only. And among the top technologies for high-traffic websites comes Angular, the open-source framework to develop web app interfaces and software products.

So today, we are going to discuss the pros and cons of Angular development.

Angular, developed by Google, is an open-source web and mobile app development platform that is a combination of dependency injection, declarative templates, end-to-end tooling, and a plethora of other features.

Google came up with this framework in 2010, and since then, a number of updates have been introduced. In 2010, AngularJS came into being. The Angular we know today was actually introduced in September 2016 with the name Angular 2+. AngularJS can be termed as a predecessor of today’s Angular. But, both the technologies are totally different. The developers rewrote the whole Angular framework of the 2016 update to match the modern requirements of the web.

But, then the migration issue arose because there were too many modifications needed to migrate from the older version to Angular 2. Therefore, in the later updates, the Angular team came up with various migration techniques and tools to make the transition process easier for the users.

The pros and cons that we will discuss today relate to Angular 2 and further versions and not to AngularJS.

One of the major reasons that every Angular developer trusts this framework is because it is backed, developed, and maintained by a trustworthy organization, i.e., Google. Every developer believes that even if any issue arises, Google will resolve it. Also, Google offers a substantial amount of helpful information about Angular along with answers to common questions.

Another thing about Angular that makes developers’ work easy and convenient is its third-party integration options. Angular offers a number of third-party integration options to choose from that can easily be added to the framework. This way, the developers have the privilege to develop and design their product using even more tools, improving the overall function and form of the product.

This concept of Angular is something that has resulted in faster load time as well as enhanced security of the framework. The work of this feature is to compile the HTML and TypeScript, resulting in the formation of JavaScript. This compilation takes place in the development process only. This means all the compiled code is already ready before the browser initiates the loading process of the web application.

What makes the Angular framework more appealing is its fully customizable ability. This means developers and designers are free to use the elements and modules of Angular in a project made in some other platform or framework.

The Dependency Injection feature can offer the Angular developer a great advantage if he knows how to use it properly. It may seem to be a time-consuming process to create several dependencies. But, it’ll be worth the effort if you are handling a whale of a project that is expected to perform plenty of functions.

Angular has several advantages, making it one of the developers’ favorites. But, there are a few drawbacks, too, including the limited SEO options in Angular. There are some issues that developers and SEO service providers  complain about relating to meagre availability for search engine crawlers.

We all know that Google is the most popular search engine, and in our view, the SEO problem will not continue for long. It will soon be resolved in further updates.

Working on Angular requires you to have a keen understanding of its:

This is the reason why people need a substantial amount of time to understand it. But, thanks to the phenomenal support of Google and a great deal of online courses and tutorials, Angular learning has become easy.

Too Many Major Updates

In the past few years, we have seen a number of major version updates in Angular. It was initially introduced as a simple JavaScript framework, AngularJS, but we are now working with Angular 9. The learners usually struggle with this. We have seen students learning the latest version of Angular, but a major update comes in by the time they complete the course. This makes the transition and switching process really troublesome for them, with a lot of version conflicts and compatibility problems.

Technology is evolving at a high pace, and so is Angular. Like any other technology, Angular, too, has its advantages and drawbacks. But, it is simply unarguable that its positives overweigh the negatives. Its integration capabilities, customizing options, and Google’s support is what makes this framework one of the best in the market. So, if you find it challenging to decide which front-end framework to choose for designing the web app, Angular is the answer.

© 2022 by Digitalrooar
We use cookies to provide a better browsing experience. X

What our clients say

We were looking for the company that was professional as well as provide us the complete solution starting from logo design to digital marketing. Would surely recommend Digitalrooar, it’s a one-stop destination.

I would like to thank the whole team of Digitalrooar for completing my project before the deadline. They are professional, qualified as well as know how to prioritise the work.

Please take a quick moment to complete this form and our business representative will get back to you swiftly. 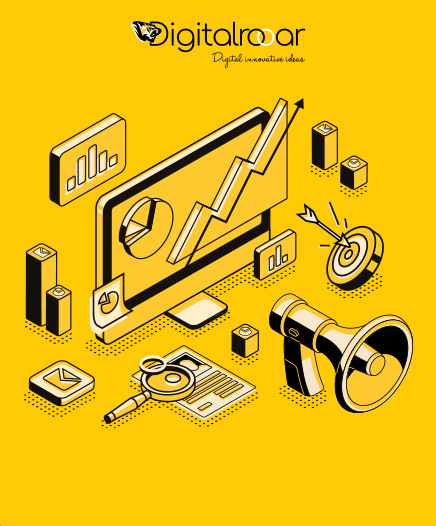 We will get back to you with your free report within 24 hours.